Madrid the capital of Spain, a relatively young city if you take into account other European capitals, right in the heart of the country, offers us a wealth of museums, parks, monuments, and tradition. 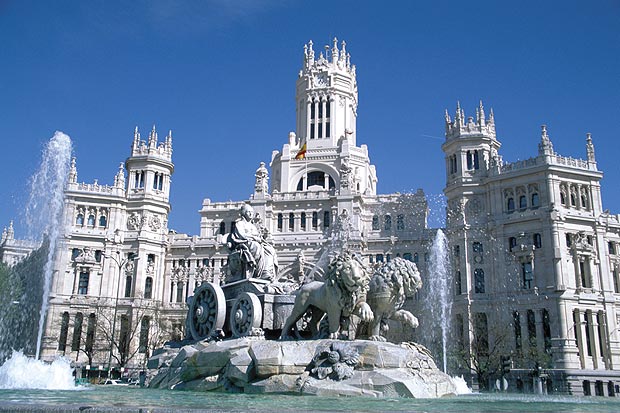 But Spain is made up of 17 autonomous regions, which in turn become 50 provinces, each with their own capital city. Barcelona, capital of Cataluña, a city full of history which creates a perfect balance with its modernist architecture and avant guarde atmosphere. Sevilla, the capital of Andalucia, the soul of Spain, an area to best understand the passing of many different cultures over the last 2000 years. But the buildings of these cities by no means leave the smaller towns and villages in the shade. The white villages of the Serrania of Ronda, like a pearl necklace draped over the mountains. The areas of the Alpujarra and Las Hurdes, where time stands still. The dehesas of Jaen, home to Spains liquid gold, olive oil and the villages of Extremadura, where many of the explorers of the new world were born to name but a few examples.